Stray Kids‘NOEASY‘, which will be released on the 23rd, achieved 830,000 pre-orders on the 17th.  It broke its own record from its last release ‘IN生’ (Life) which has 300,000 pre-orders that signifies an increase of about 530,000 copies. The achievement boosted their solid status as a ‘K-pop 4th generation leader’.

Stray Kids is on a meaningful upward path with their own music and albums that contain high participation. The 1st full-length album ‘GO生’, released on June 17 2020 achieved a ‘career high’ with 200,000 pre-orders 5 days before the release date. While, on September 14, 2020, the repackaged album ‘IN生’ of the 1st full-length album was released. 3 days before its release date, pre-orders exceeded 300,000 copies that made them broke their own record.

To continue, the 2nd regular album ‘NOEASY’, released after 11 months since their last album ‘IN生‘ was released, showed a large increase in pre-orders of 830,000 copies, which was achieved 6 days before the official release, and that broke their own record.  Furthermore, it is expected that the number of pre-orders before the release date will dramatically increase. The newest song ‘Singer’, which will follow the success of ‘God Menu’ and ‘Back Door’, was also written and composed by Bang Chan, Changbin, and Han of 3RACHA, the producing group of the team. The lyrics have the important message of not being discouraged by the sounds of other people talking and saying what they want to say in an original way. They also added diverse sounds of traditional Korean music to the magnificent melody to complete a full sound.

Stray Kids’ new album ‘NOEASY’ is a unit song which will showcase a new musical combination which includes the title track ‘Singer’, Mnet ‘Kingdom: Legendary War’ (hereinafter ‘Kingdom’) final contest song ‘WOLFGANG’ ( Wolfgang) and the digital single ‘Ae’, which captured the top spot in the Billboard ‘World Digital Song Sales Chart’ in July, that contains 14 songs in total.  Meanwhile, the members helped with the songs in the new album starting with 3 Riracha and increased the value of their collection. It is expected that Stray Kids will reach the peak of their activities through ‘NOEASY’, which will be released after they won the final championship at ‘Kingdom’ that occurred in June 2021. On the 17th, you will enjoy ‘Kingdom Week’, the final benefit of ‘Kingdom’.

Meanwhile, the 2nd regular album ‘NOEASY’ and the title song ‘Singer’ will be available on August 23rd at 6 pm, KST. 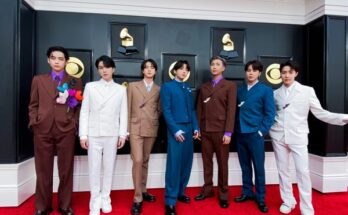